Caring for Our Urban Forest

We go to great lengths to provide tree disease treatment to care for our Urban Forest!

Benefit From Tree Disease Treatment in the Kansas City Area

Just like human beings carry and transmit diseases, so do trees. It is always a tragedy when a tree succumbs to disease. Tree diseases can result from a number of factors including insects, parasites, fungi and environmental stresses.  That’s why we pay special attention for providing tree disease treatment in order to provide a higher-level of service and care for our Urban Forest.

Let’s discuss a few of the most common tree diseases seen in the Kansas City area.

Ready to speak with a specialist? 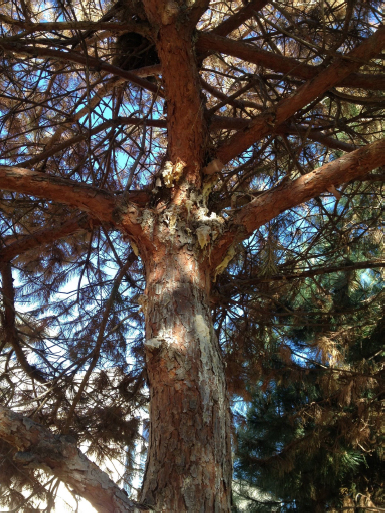 As humans, we recognize that we are sick when we get a headache, runny nose or sore throat. Likewise, trees will show out-of-the-ordinary signs that they are sick. Many of the visible signs for disease may be the same signs for natural environmental changes or benign issues. An experienced arborist will be able to determine both the natural and detrimental issues of the tree. However, you will be around your trees most often, and therefore serve as your tree’s best witness for the early detection of problems.

If you think you might have a problem, it is a good idea to consult with a certified arborist. Many diseases are preventable and curable. Listed below are some of the more predominant tree diseases seen in our area.

The Anthracnose Disease (found in sycamore, maple, dogwood, ash, oak, or walnut) is a less virulent disease, and is one of numerous types of fungi attacks in the tree listed above.  This disease disfigures and defoliates it, making the tree quite unsightly.

The Dutch Elm Disease (mainly found in American elm, and is rare in other types of elm), this fungus entered the USA sometime in the 1920s and is a native pathogen of Asia. Since 1930, the fungus has rapidly spread to North America devastating priceless native and urban elm populations.

Symptoms of Dutch Elm Disease – Dutch Elm Disease produces discoloration, wilting, and death of leaves. A common vector in our area is the European Elm Bark Beetle which usually feeds on branches higher up in the tree where problems may first appear. Additionally, it can be transmitted through grafted roots.

Treatment for Dutch Elm Disease – Avoid planting an American elm, and choose from a less susceptible cultivar. Preventative pruning measures may be taken by systematically removing dead, weakened, and damaged branches from healthy elms. This will eliminate breeding locations for the elm bark beetle. For high-risk, high-value elms, a preventative fungicide program may be desirable. Unfortunately, once infected, DED is fatal. Infected trees must be removed and other protective measures taken as needed.

Hypoxylon (which is often found in aspen, poplar, alder, oak, maple, birch, willow, apple, and hornbeam), this fungus causes a canker to appear on the stem (trunk) which rapidly rots the tissue.

Symptoms of Hypoxylon – Symptoms, include: yellowing upper leaves, wilting upper leaves, branch dieback, dislodged bark with a definite layer of fungus of varying color (brown to silver to black) and lichen-like in appearance.

Treatment for Hypoxylon – The best protection from Hypoxylon is to protect the tree from stress, particularly construction stress. Once identified, infected areas may be selectively pruned to prolong the life of the tree, but the disease is fatal. Infected areas may become weak and/or dangerous. Removal is recommended. 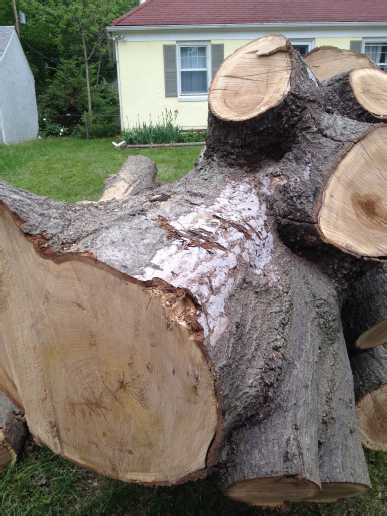 The Iron Chlorosis (often found in pin oaks, sweetgums, soft maples and others) is an iron deficiency resulting in stunted, yellow leaves whose veins remain green. It occurs when the pH of the soil is too high for iron to be absorbed. Other causes are over-watering and poor drainage.

Treatment for Iron Chlorosis – Fortunately, there are solutions to this problem. First, changes in the soil composition, watering techniques and drainage should be attempted. These corrections take time and multiple treatments. Your certified arborist can accomplish this with the right fertilization program. Iron application treatments may be necessary and the effects are seen rapidly. Iron injections into the stem (trunk) may be considered. Rely on your certified arborist to have the correct products and best techniques to gain success with this type of problem.

Oak Wilt (which is often found in red oaks, including, pin oaks and more seldom on white oaks) is a vascular disease caused by a fungus.

Symptoms of Oak Wilt – wilting of leaves from the tips to the middle vein (starts on individual branches near top of tree and moves down), leaves curl and removing bark will reveal brown streaks in the wood. Careful! Consult your arborist. This one is easy to confuse with drought symptoms, also common in our area. Species of red oak acquire and die from the disease more readily than white oak species.

Treatment for Oak Wilt – Sadly, there is no saving an infected oak, and it will rapidly die. Prevention via proper pruning and overall health maintenance are recommended. Early detection of the disease and prompt removal will decrease the probability that the disease will spread. (Click on the thumbnails below to view Oak Wilt characteristics.)

Pine Wilt (which is found mostly in scots pine, austrian pine,and  rarely white pine) is caused by a nematode (microscopic worm) carried on the pine sawyer beetle. The beetle deposits the nematodes under the bark which easily allows them to work their way inward, destroying the tree’s water-conducting vessels (xylem).

Treatment for Pine Wilt – Unfortunately the only treatment is removal of the dying/dead tree. Early detection of pine wilt and tree removal may save the transmission to other nearby pines.

Treatment for Tip Blight – Treatment includes 2-3 appropriate fungicide applications which are recommended in the Spring.

Click Insect And Disease to review the steps that you and your arborist will take when identifying an insect or disease problem.

Are you ready to schedule an appointment and request a quote now?